No products in the cart.

No products in the cart.

Do you have a Linn system which you are upgrading or are you considering a new Linn system with either a pair of Linn or Kudos loudspeakers?

In addition to the entire range of Linn loudspeakers - both current and legacy, we can bring the incredible performance of Linn's Exakt active amplification technologies into selected Kudos loudspeakers: the Titan 808, Titan 707, Titan 606, Titan 505, Super 20A floorstander and the Super 10A.

Natural sound needs perfect timing. When you listen to a Linn system, it’s striking just how natural it sounds. It’s as if you’re listening to the real musicians, right there in front of you. The most natural sound available can only be achieved with perfect timing.

When you hear an instrument being played live, the elements that make up every note — including all the harmonics — arrive at your ear at the same time.

Sounds simple, but the fact is that no speaker system has ever been able to synchronise these elements accurately: until now.

Linn systems feature Exakt technology, which ensures the perfect time alignment of every part of every note, so now you can enjoy the same natural sound that was recorded by the artist. 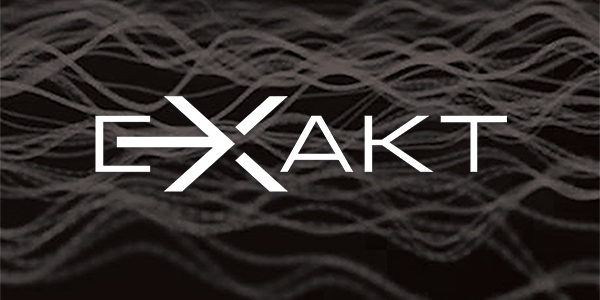 Launched in 2015, the mighty Titan 808 is the biggest loudspeaker of the Kudos range and when driven by a Linn Exakt system the 808 is simply staggering - its fast, clear, coherent and musically engaging and only need six channels of amplification.

As with other models of the Titan range, the 808’s drive units are regarded as being among the best in the world, crafted exclusively for Kudos by renowned Norwegian specialists SEAS.

Kudos Titan has two cabinets, separated by precision-machined spacers and a port resonance guide. Upstairs the tweeter and mid/bass drivers handle the upper ranges whilst downstairs the lower cabinet houses two bass drivers positioned in an isobaric arrangement for deep organic (what?) bass!

Titan's cabinets are made from a combination of high-density fibreboard laminates of three different thicknesses.  There's plenty of internal bracing and damping to minimise resonance and a triple laminate front baffle, angled back to improve dispersion, provides a solid mounting platform for the drive units to further eliminate vibration. 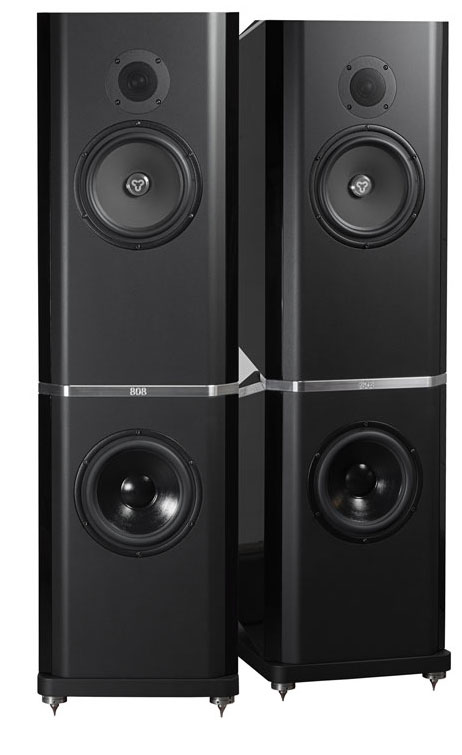 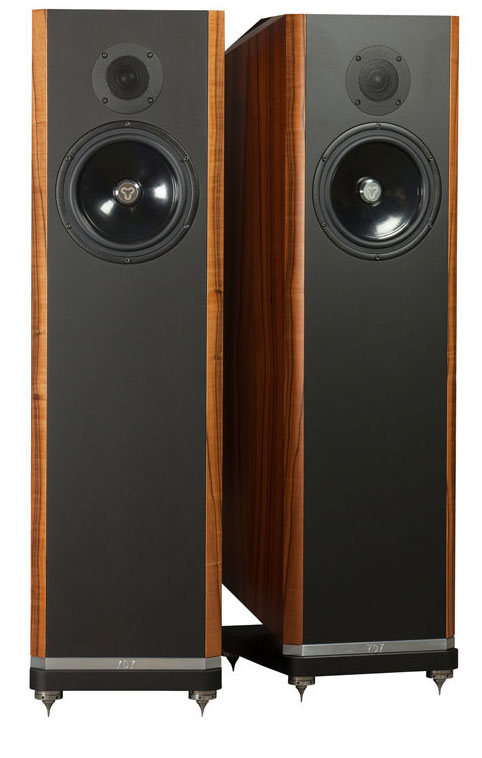 The Kudos Titan 707 is a scaled down, single box version of the 808's twin box design making the 707 the second largest in the Kudos Titan range, it too is fast, clear, coherent and musically engaging and only needs four channels of amplification to Exakt!

As with the other members of the Titan family the 707's feature world class drive units crafted exclusively for Kudos by renowned Norwegian specialists SEAS.

The 707 uses the same bespoke tweeter as the 808 but thats where the similarity ends - the 707's twin mid-bass drivers are brand new and totally unique to the 707. Their high quality hard paper cones are double coated to ensure superior stiffness while at the same time preserving the natural damping properties of paper and of course share the isobaric positioning used in the complete Titan range.

While the Titan 707 is a single-box design (compared to the 808’s upper and lower cabinets), its bodywork remains impressively involved. Its complex constrained layer damping in the plinth and side panels is cleverly designed to allow a stunningly convincing, true-to-life sound.

The Kudos Titan 606, third largest in the Kudos Titan range employs a one box construction scaled down from the 808's twin box design, a bit like the larger 707 really and as with the other members of the Titan family, the 606's feature world class drive units crafted exclusively for Kudos by renowned Norwegian specialists SEAS.

The combination of these factors along with Linn's superb Exakt technology results in a loudspeaker which grips the listener from the start of the track to the finish, considering it's modest size the 606 kicks a..... as it were!

While the Titan 606 is a single-box design (compared to the 808’s upper and lower cabinets), like the 707 its bodywork remains impressively involved. Its complex constrained layer damping in the plinth and side panels is cleverly designed to allow a stunningly convincing, true-to-life sound. 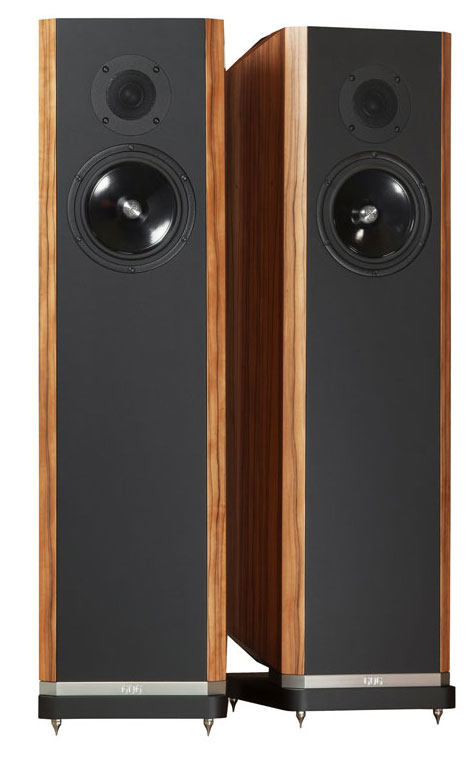 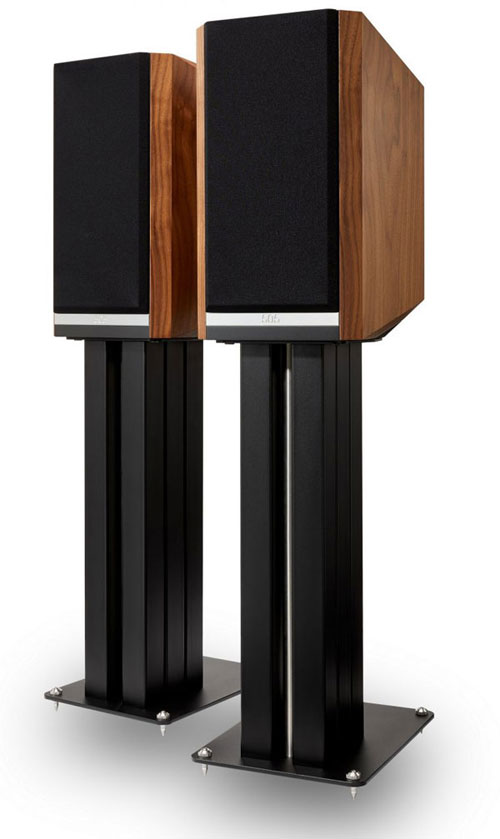 The Kudos Titan 505 stand mount loudspeaker using a one box construction which, like the 606 and 707 is scaled down from the 808's twin box design.

The 505 shares many of the features of the floor standing 606 giving the same stunning performance with Linn Exakt - and, like the 606 and 707 only needs four channels of amplification when used in a Linn Exakt system.

The Titan 505 can be purchased with or without stands allowing for bookshelf mounting if so required and, although Kudos and ourselves would recommend their own specifically designed stand, other designs can be used.

We think the Kudos 505, on it's own stand and driven by Exakt represents the best we have ever heard in a stand mount design, even with four channels of modest amplification.

The Super 20A, is a floor standing version of the Super 10A stand mount with improved bass extension and greater scale, still a two way design requiring just four channels of amplification when driven by Linn Exakt the Super 20A will impress at every level at a more affordable level.

The The Super 20A uses a Crescendo K2 fabric dome tweeter, driven from a six magnet array and with a moulded alloy back chamber, is based on the legendary (and justifiably costly) Crescendo unit from Norwegian specialists SEAS, but has been further developed by SEAS exclusively for Kudos.

The newly-developed mid/bass driver incorporates a copper shorting ring in its voice coil designed to minimise eddy currents, as well as an aluminium phase plug to act as a heat sink, or to put it more simply - the combination of the two sounds stunning!

The Super 20A’s reflex-ported cabinet is constructed from 18mm high density MDF. Internally, the cabinet is optimally damped and braced to minimise resonance and externally, and is finished in a choice of real wood veneers or a satin white paint. Both drivers are neatly flush-mounted into the cabinet and the grille is held by magnets to maintain a clean appearance.

We have found that, because the reflex port, which incorporates a damped port design similar to the flagship Titan 808, is situated on the bottom of the cabinet, placement of the Super 20A is easy in most rooms. 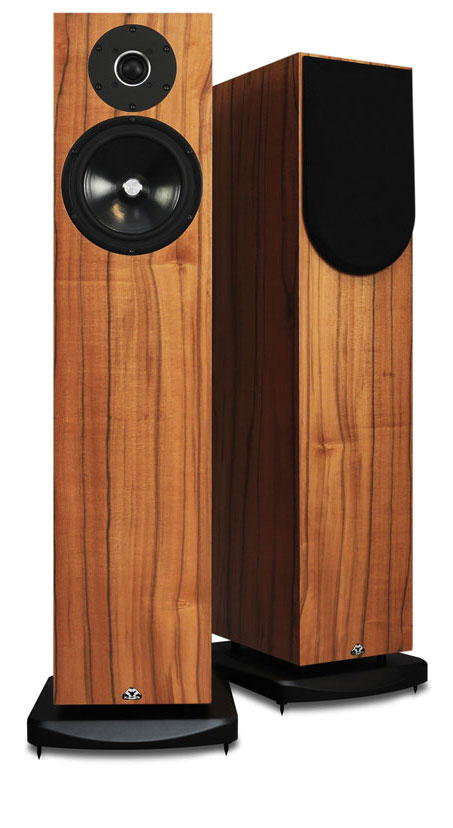 The Super 10A is a scaled down stand mount version of the Kudos Super 20A for when space is at a premium or shelf mounting is required.

Just like the Super 20A - driven by Linn Exakt the performance is simply stunning and affordable with the Super 10A only requiring four channels of amplification.

Like the Super 20A, the Super 10A’s reflex-ported cabinet is constructed from 18mm high density MDF. Internally, the cabinet is optimally damped to minimise resonance and externally, it is finished in a choice of real wood veneers or a satin white paint.

Both the specifically designed tweeter and bass drivers are neatly flush-mounted into the cabinet and the grille is held by magnets to maintain a clean appearance.

This website uses cookies to improve your experience while you navigate through the website. Out of these, the cookies that are categorized as necessary are stored on your browser as they are essential for the working of basic functionalities of the website. We also use third-party cookies that help us analyze and understand how you use this website. These cookies will be stored in your browser only with your consent. You also have the option to opt-out of these cookies. But opting out of some of these cookies may affect your browsing experience.
Necessary Always Enabled

Any cookies that may not be particularly necessary for the website to function and is used specifically to collect user personal data via analytics, ads, other embedded contents are termed as non-necessary cookies. It is mandatory to procure user consent prior to running these cookies on your website.